Death Of A Witness-Serving Lawyer

Another Day, Another Dollar, Another Death of Silent Dreams

I sat rigid, watching the tall, slightly overweight man sitting quietly at the counter. Red bluff wasn't the largest of towns and “frequent visits to the Cozy Diner” was by far the best tip I could hope to have gotten from colleagues at the man’s former office in the town of Redding, just thirty minutes to the North. I had been doing my absolute best to track this elusive man down for the last two weeks. With each failure, my net drew closer, my noose tighter, until now, at long last, I had him in my sights. I thought humorously of my favorite scenes from that bounty hunter show on Spike TV and sighed as I once again remembered that this confrontation would be anything but glamorous, far from exciting, and utterly lacking in the satisfaction one usually anticipates when concluding a two week search.

For me, process serving had been a chore I looked forward to in law school. No matter how many times my professors detailed the monotony, all I could picture was fast car chases, climactic arrests, revolver shootouts, and pretty girls. But my fantasies were quickly dispelled on my first assignment as a rookie lawyer. While I spent most of my time simply walking into random offices in the local Redding area, I soon became familiar with the outlying town of Red Bluff as an almost Western-esque town of escape for legal fugitives. Within a few months, most of my time performing unfruitful process serving was spent here. 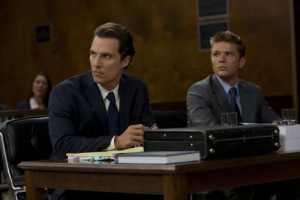 buy kamagra onlineWhy was I here? I am a lawyer, barely a sophomore in the industry perhaps, but a lawyer nonetheless, and paid quite amicably for my hard work. Surely there were cheaper ways to track down runaway witnesses than sending someone as educated and well-paid as myself traipsing about the countryside. While I wasn’t going to complain (the work wasn't particularly challenging), I wasn't exactly going to build my career by process serving in Red Bluff, California. I assumed I would be given more important assignments as the year progressed and we brought in fresh blood, but then again I had thought identically last year until budget cuts led to fewer hires and more of the same for me.

I reminded myself, slightly embarrassed at my own thoughts, to be grateful for such a well-paying job in this tough economy. In some ways I was extremely fortunate that the partners had not simply fired me and outsourced the majority of my work to paralegals and cheap process serving companies in the Red Bluff and Redding areas. I supposed they were planning for the future, wanting to retain and develop as many good lawyers as possible, but then again, with larger, smarter, and more ambitious classes graduating every year, and job openings diminishing, they would always be able to hire better for less in the future. Such is the way of the world.

I wrapped up my thoughts and rose stiffly from my booth at the Cozy Diner. The time had come for Robert Jenkins of Red Bluff, California to be officially served his court summons. I played some light theme music in my head, a feeble attempt to glamorize a menial task, as I strutted confidently to the empty seat on the man’s right. I placed my right hand on the table, turned to face him, and had only just opened my mouth when I noticed Robert’s credit card, still sitting innocently on the table; it was one of those annoying picture ID cards that instantly assured me of my mistake. This was not Robert Jenkins, no, this man was not even a Robert, and I had no papers for someone legally named Bob Jennings. As I closed my mouth and retreated from the counter, I truly wanted to feel surprised, shocked, angered, or any one of an endless range of significant emotions. But alas, all I felt at this moment was the all too familiar sense of resignation, the acceptance that, once again, I was headed back to the drawing board.